EWS Asia-Pacific Comes to Cairns in 2020!

As part of the 2020 EWS Asia-Pacific Continental Series, we are extremely excited to announce the Cairns Enduro as an official stop in the series for Round 3, taking place September 5-6, 2020!

“The newly expanded continental level events offer high level racing that act as the perfect stepping stone between regional and international events, with riders taking to the start line closer to home whilst testing their speed against some of the biggest names in the sport. The overall winners are rewarded with the respective title – European, North American or Asia-Pacific Enduro Champion, as well as earning the right to wear the distinctive series armband for the following season, and then the collar band for the rest of their racing career.

With each of the continental series having a minimum of six rounds in 2020, the point structure has also changed. Racers’ best four results from the Series will be totalled to calculate their series ranking, so competitors have a fighting chance at the title without having to commit to travelling to each round. ” – EWS

Smithfield has a hot reputation and steeped history within the MTB arena, with Cairns as a destination or the MTB park specifically having being the host to numerous UCI World-Cup & World-Championship titles (1994, 1995, 1996, 2014, 2016 & 2017), 2004 National DH Championships title, 2015 National Enduro Championships title, annual host of the International Crocodile Trophy – regarded as the World’s toughest XC stage race, the Triple-R – Australia’s oldest and biggest running single point-to-point race & now the Reef to Reef, and not to mention countless more additions to the sport’s culture and progression through athletic & commercial contributions alike. Whether the trails, the weather, the people, the scenery or the vegetation; Cairns has always left an impression to those visiting on or off the bike.

The Smithfield Mountain Bike Park itself has a world recognised trail network from the exposure and impression left by these legacy events. The trails have been carefully scoped out and carved through the hills by an innovative and unique culture with a love for the sport, and by being able to work with seemingly impassable terrain with a sustainable approach to minimising the impact on the hills and surrounding rainforests. The somewhat lack of vertical elevation in the hills is more than made up for with the steepness of the jutting Great Dividing Range (which runs through the Smithfield MTB Park), and the technicality of traversing / descending through its rainforest ecosystem.

Over the two days of racing, riders will expect to climb / descend 1200m+ over 6 stages. No easy feat given the terrain and above lack of vertical elevation compared to our southern and European neighbours. Oh, and did we mention you will finish on the beach!? 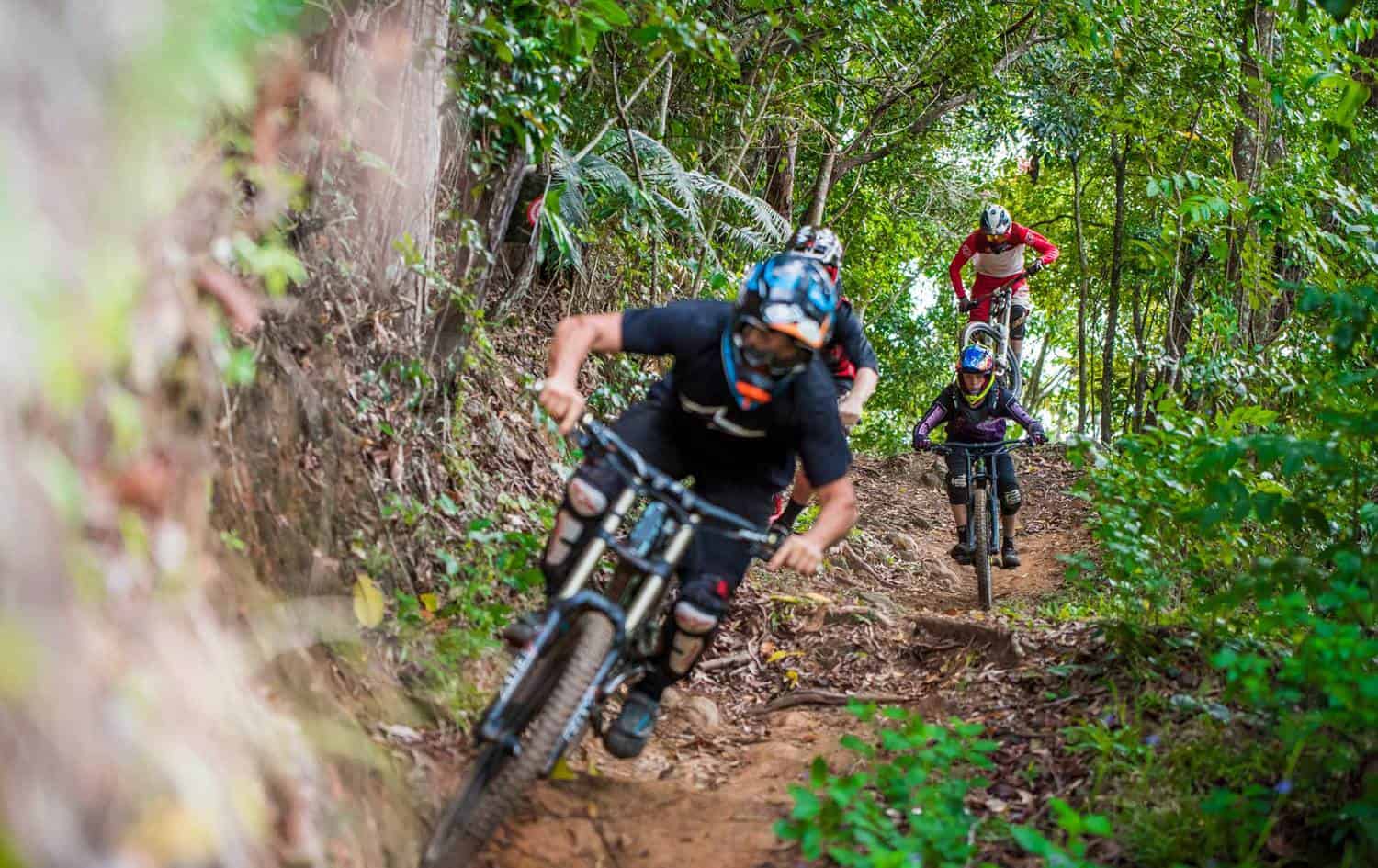